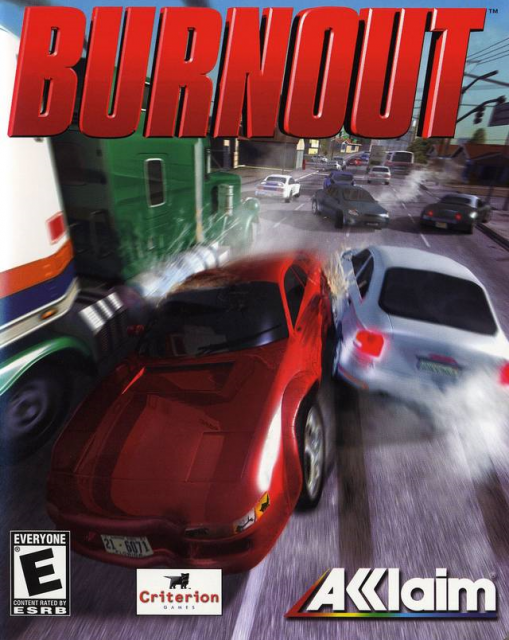 The first game in the Burnout series, 'Burnout' set the platform for a new generation of racing games, with a focus on speed, extravagant crashes, and a goal of driving as recklessly as possible.
PlayStation 2

Burnout is an arcade style racing game. It is known for its very fast driving through rush hour traffic, the boost meter and the all important crashes. It uses checkpoints where you time is updated when you pass through one so they you do not run out of time. The main gameplay mode in Burnout is the Championship Mode. It is split up into events where the player races usually three races on each. Like other arcade racers, the objective is to finish first from the three events. When each of these events are completed, a car is available to race in the head to head mode. If the AI car is defeated, it is unlocked for your personal use.

All cars in Burnout are fictional and are only based off real life cars: