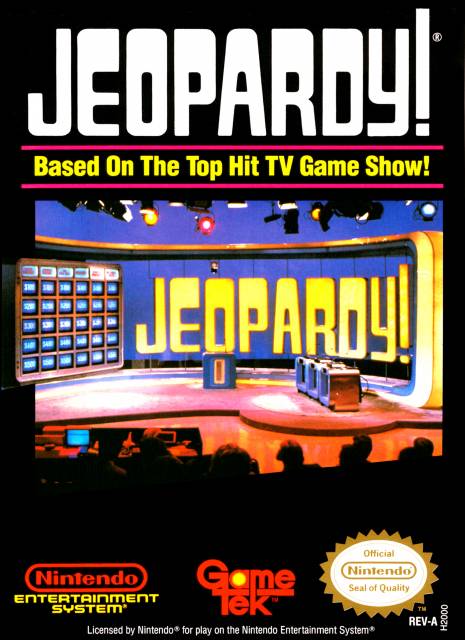 One of several video game adaptations of the popular Merv Griffin quiz show Jeopardy!, where contestants are given answers and must determine the questions that lead to them. This particular game was the first of the Rare-developed Jeopardy! games for NES.

Jeopardy! is the first conversion of the TV game show released for the NES created by Rare. This started a new series of Jeopardy! games on gaming consoles, with different developers for each console generation.

The game offers the standard Jeopardy! experience for up to three human players in a "pass and play" format, where players had to correctly spell their responses. Subsequent NES games include Jeopardy! Junior Edition, which made the questions easier, and Jeopardy! 25th Anniversary Edition, which included a new batch of questions/answers.