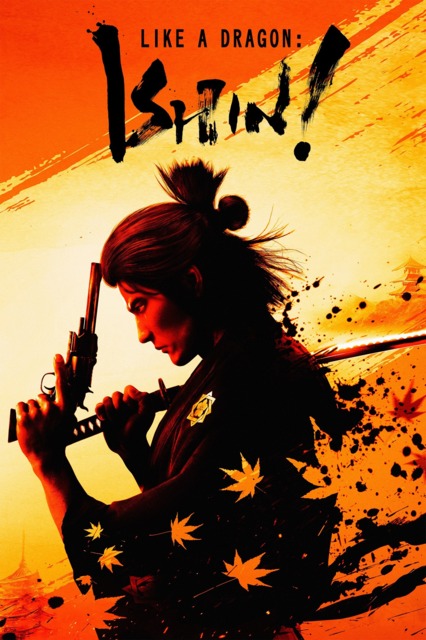 A "rebuilt from the ground up" remake of the 2014 original, localized in English for the first time.

A complete remake of the 2014 spinoff title Ryu ga Gotoku: Ishin! This game offers a multitude of updated features and brand new graphics, running on most modern systems, and making use of Unreal Engine 4 instead of the in-house Dragon Engine.

Set in Japan during the Bakumatsu period of the late Edo era (around 1866-67), the game stars Sakamoto Ryōma, a low-ranking samurai who is about to be executed after fighting with high-ranking samurai to defend a woman. However, he is saved at the last minute by Yoshida Toyo, a father figure who wants to reform the Tosa domain by reducing the power of the shogunate and returning it to the Emperor, and hopes to end the rigid caste system. However, while Toyo tries to negotiate peacefully, he is assassinated by a man who uses a fighting style that Ryoma does not recognize. Ryoma takes on the alias of "Saito Hajime" and secretly works inside the Shinsengumi to find the assassin, all while the Shinsengumi and other forces loyal to the shogunate are trying to hunt him down.

Similar to other recent Yakuza/RGG games, Ishin! gives players a choice of four fighting styles to use in combat:

Changes from the original Ishin!

Despite some fans hoping for an official localization of the 2014 title, Ishin! never made it outside of Japan (nor did the 2008 spinoff Kenzan!) because of concerns that the Japanese historical fiction wouldn't translate well outside of Japanese audience. However, the rise of overseas interest with later titles in the Yakuza/RGG series (beginning arguably with Yakuza 0), along with games like Nioh and Ghost of Tsushima winning accolades, showed Executive Producer Masayoshi Yokoyama that there was now an appetite for action games with a purely Japanese historical setting outside of Japan.