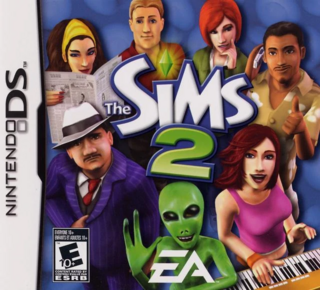 The Sims 2 on DS has a Sim running a hotel and improving it.
Nintendo DS

Instead of a reality show contestant, the DS edition of The Sims 2 centers on the travails of a young sim questing for money and influence to help renovate a decrepit hotel in Strangetown. Each guest at the hotel has their own particular quirks, and by catering to their whims, players can afford to expand their enterprise and attract even more business.

Goals in the game are heavily influenced by the handheld's internal clock and calendar, with a day / night cycle that synchronize to the actual time of day and characters who attend to their own schedules according to the day of the week. Certain tasks need to be accomplished within a specific window of time, though there's no mechanism to prevent the player from manually changing the system clock as necessary.

There is also some touchscreen interactivity in the DS version, including minigames for chores like vacuuming and metal detecting where players use the stylus to separate valuables from the detritus.