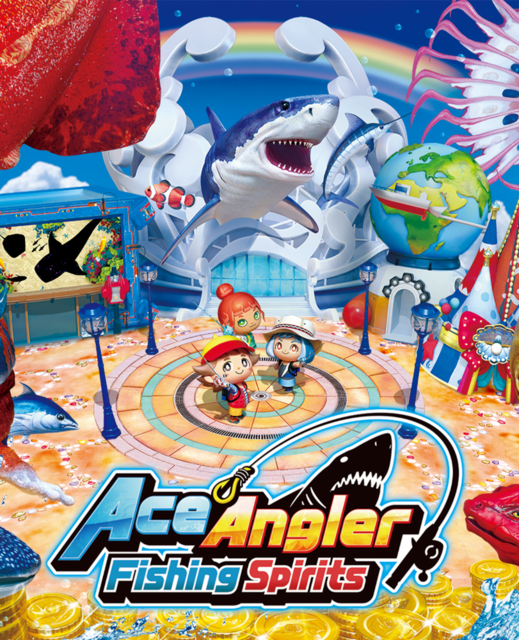 Ace Angler: Fishing Spirits (known in Japan as Tsuri Spirits: Tsutte Asoberu Suizokukan, which loosely translates to "Fishing Spirits: Aquarium to Fish and Play") is a top-down over-the-top fishing video medal game developed by Racjin and published by Bandai Namco for the Nintendo Switch in Japan on October 27, 2022, with a worldwide release a day later.

A sequel to the Switch version of the original Ace Angler (which did not have an official release outside of Japan, instead having localization when played on English consoles), Fishing Spirits builds on the original medal game with new machine upgrades, a new Story Mode, online multiplayer modes, and a variety of new mini-games (including multiplayer party games and a coin pusher).

The game is now set within an aquatic theme park, with players participating in attractions using their own customizable avatar (reminiscent of those from the Animal Crossing series). As players earn more medals, they can spend them to not only upgrade the medal games, but also acquire fish for the park's explorable exotic aquarium.