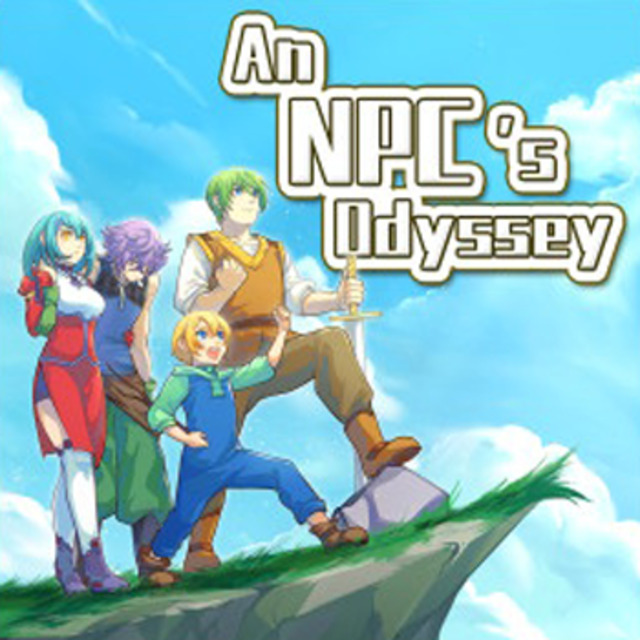 A short indie game with a satirical plot and mechanics both reminiscent of late-90s JRPGs.
Nintendo Switch

According to the development team, the game was originally created back in 2008 by one of the team members of 42TeaParty. Back then, the game was titled "对不起，我是个NPC" (loosely translated to "Sorry, I'm an NPC") in a Chinese internet cafe using RPG Maker software. For the 2022 release, the plot, graphics, and game mechanics have all been updated and expanded. It was released for the Nintendo Switch on February 24th, 2022 in China, North America, and Japan. [1]

The protagonist, Jack, is awoken by the village hubbub going on outside. After unsuccessfully trying to ignore the noise, he exits his house to find his fellow villagers crowded around the village message board. A notice from the King was posted, offering a handsome reward to a hero willing to slay the powerful creature terrorizing the land.

Tempted by the reward, Jack tentatively approaches the castle despite understanding his role as an NPC. Unfortunately, Jack arrives just in time to witness the King award the job to a Hero knight.

Dejected, Jack returns home but is soon interrupted by that same Hero entering his home unannounced! The Hero rifles through his belongings, opening chests, taking potions and money, and thanks, not Jack, but the game developers for the bounty! Before Jack can even get a word in, the Hero leaves and Jack chases after him.

It appears that the Hero has already left town in search for the creature! Jack, appalled by the audacity of the theft, finds no sympathy from the villagers who seem to lovingly accept their roles as NPCs and fawn over the Hero's prior antics. Determined to get his life's savings back, Jack sets off to confront him.