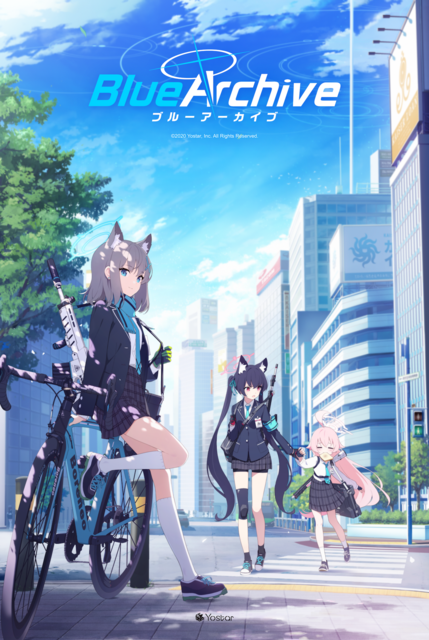 Blue Archive was Produced by Kim Yong-ha and developed by NAT Games in South Korea. Yong-ha described the game as "An RPG about finding miracles in everyday life." The game was released in Korea, Japan, and China by Yostar in February 4, 2021, and later published worldwide by Nexon on November 8 of the same year.

The game involves collecting a squad of heavily-armed schoolgirls through a gacha system, building them up with RPG-like mechanics, guiding them through each level by manually targeting and triggering their EX Skills, then watching visual novel style cutscenes as the player builds a rapport with each of them.