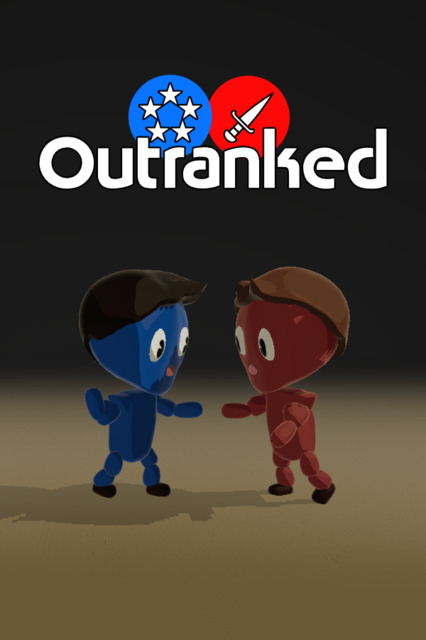 A cross-platform casual capture-the-flag game built around a system of (military) ranks.

In Outranked, two to four teams of 2-10 players each have a deck of cards with (military) ranks.

The players get one of the ranks, and run around to find the opposing team's flag. When two opposing players meet, they can attack each other, in which case the highest rank wins, except for some ranks that win from any rank of from specific high ranks.

After learning another player's rank or loss thereof, players can share that info by going near teammates. There's many possible strategies: for instance, teams can play to share information, or choose to forge ahead to the flag, or try to take down enemy ranks one by one.