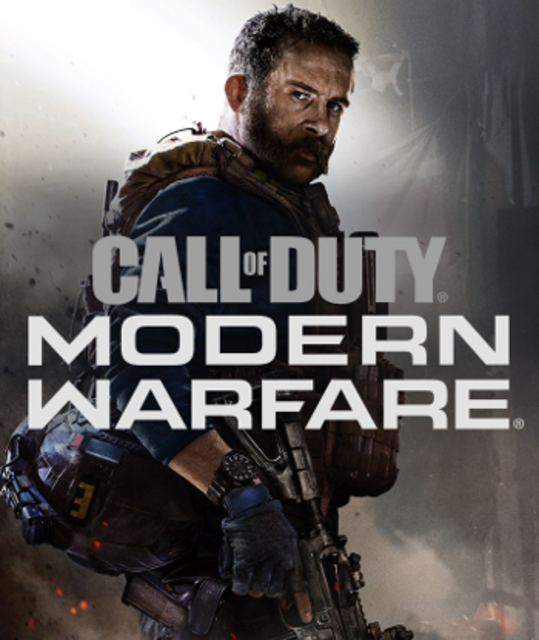 Call of Duty: Modern Warfare (not to be confused with Call of Duty 4: Modern Warfare) is a modern-military first-person shooter developed by Infinity Ward and published by Activision for the Xbox One, PlayStation 4, and PC (digitally via Battle.net) on October 25, 2019.

The fifteenth installment of the Call of Duty franchise, Modern Warfare is a reboot of the studio's earlier sub-series of the same name and brings characters and themes from the series into a modern perspective.

The main story is set in 2019, involving the fictional Russian-occupied country of Urzikstan. The game follows two groups of protagonists: the Urzikstan Liberation Force (including C.I.A. Operative "Alex" and Commander Farah Karim) and the Special Air Service (including Sergeant Kyle Garrick and Captain John Price) as they investigate the whereabouts of stolen shipments of a dangerous chemical gas by the terrorist organization Al-Qatala. Both Alex and Garrick are playable characters, with Farah playable in flashbacks.

Along with a traditional campaign and a co-operative Special Ops mode, the game builds on the series's standard multiplayer component by allowing cross-platform multiplayer (the first in the series to do so), adding more robust weapon augmentation, and introducing new game modes (including the competitive 2v2 mode Gunfight and the large-scale 32v32 mode Ground War).

On March 10, 2020, the game received two massive-scale game modes (Battle Royale and Plunder) that were also released as a separate free-to-play product (as Call of Duty: Warzone). Playing similarly to the "Blackout" mode on Call of Duty: Black Ops 4, up to 150 players (in squads with up to three players) can maneuver around a massive-scale map ("Verdansk") in order to either be the last squad standing (Battle Royale) or collect as many Cash as possible from opposing players and loot boxes (Plunder).

The game received three public pre-release testing phases, each restricted to a specific weekend: August 19th for the "2v2 Alpha" (restricted to the PS4 version and the new Gunfight game mode), September 14th for the "PlayStation 4 Exclusive Open Beta", and September 21st for the "Open Beta".