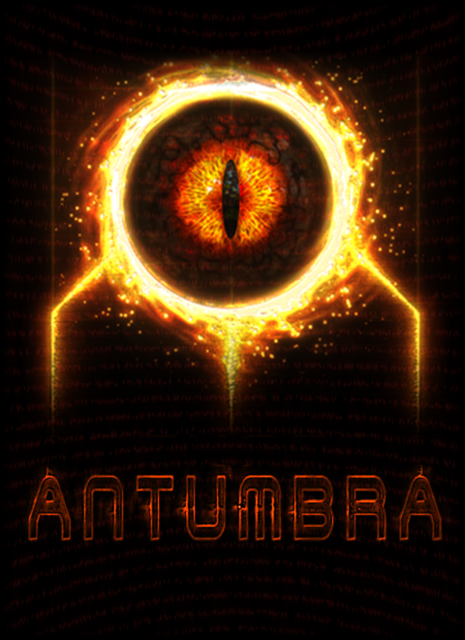 Antumbra was the first, finished video game made by Radek Bazak (Nickname 'Vilehead'). The game had been developed by him alone, in two weeks. During that time, the developer suffered from state of depression. Developing Antumbra was intended to be a remedy for his mental state. The game was made in Construct 2 game engine, a hybrid of HTML5, JavaScript and WebGL and published on various 'Flash Portals' as freeware (See the 'External Links' section, for platforms on which Antumbra had been published).

Contrary to it's developer expectations - Antumbra quickly gained wide and viral fame. Dozens of small and big YouTubers recorded "Let's Play" videos. One of which was famous content creator, Mark 'Markiplier' Fischbach. It was Fischbach's video that kick-started Antumbra's popularity. The game unique audio-visual design, 'outside-of-the-box' puzzles, controversial and mature theme - resulted in over 800 000 gameplays across all platforms. That popularity had pushed the developer to start crowdfunding campaign at IndieGoGo for a sequel of Antumbra. Sadly - the funding goal has never been reached and the sequel had been canceled.

Game design of Antumbra is a very unique blend of text-game, point'n'click and 'chose your own adventure'. The game world is sliced into semi-linear chain of loosely connected locations. Each location comes with, mostly static, location's graphic, description and 2-3 choices of interaction. Beside the text-based choices - a lot of puzzles requires interacting with location graphics which often has hidden objects or activators. Despite being rather short and small in terms of content - the game offers rather high difficulty. For a freeware, browser game - Antumbra has a very high quality audio design, which often describes and portrays what the minimalistic graphics might be lacking. One of the major factors in the game's difficulty is the fact that every wrong choice and mistake kills leads to player's character death and starting all over, from the very beginning of the game. The game world offers a very abstract and surreal setting. As author states, some of his greater inspirations came from well known and famous creators, such as H.R. Giger, Z. Beksiński and H. Lovecraft, but also other, older video games, such as Dark Seed, Alfabet Śmierci or classic I Have No Mouth, and I Must Scream.

The story features an unknown character, which the game itself and creatures from the game, addresses with many, changing names. The Player Character travels and explores and surreal and nightmarish 'Land of Rust and Moss', filled with twisted and somewhat bizarre locations, creatures and events. In 'Land of Rust and Moss' majority of encounters leads to Player's Character death. As the story progresses - new characters and parts of lore are being unraveled and the story itself - abstract and random - starts to make some sense. The main object of the game is to survive as long as possible and help a mysterious being called 'Eskalion'.