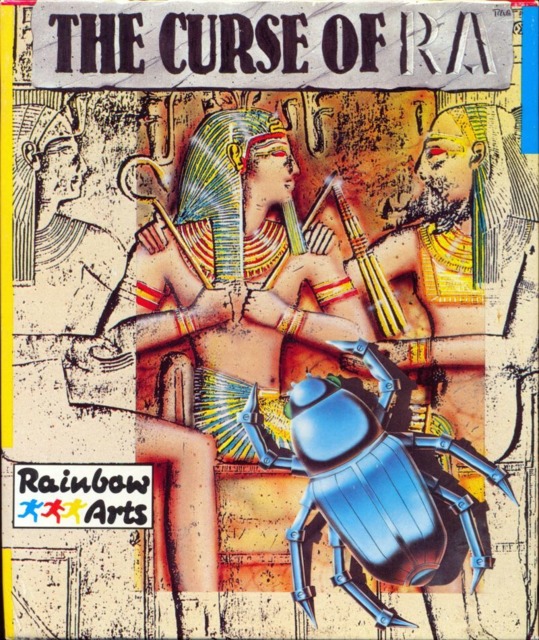 The Curse of RA

A top-down puzzle game with an ancient Egyptian theme released on multiple computers in 1990. Move around a board of stones as a scarab beetle and manipulate the board to match pairs of the same hieroglyph.

The Curse of RA (known in-game as RA, and not to be confused with the 1998 game of the same name) is a top-down tile-matching puzzle game developed by Cyberstyle (along with Rainbow Arts) and published by Rainbow Arts for MS-DOS, Amiga, Atari ST, and Commodore 64 computers in Europe on 1990, with a Commodore CDTV release in 1992.

Featuring an Ancient Egyptian theme, Ra has players controlling a scarab beetle (known as Scara) on a board full of stones as they clear pairs of stones with matching hieroglyphics on them. Scara can shift certain stones around the open void, which are often required to manipulate the board to match pairs safely (as they can only be matched when on the same row or column, regardless of distance, and disappear once matched). The game includes two distinct game modes: