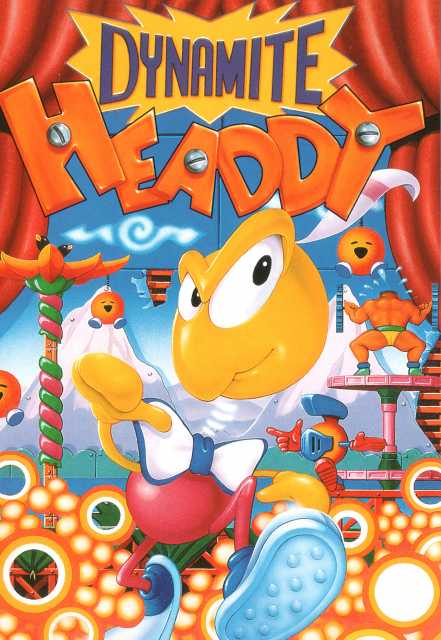 Play as Headdy to save the toys of North Town from the clutches of King Dark Demon in this 2D platformer.

Dynamite Headdy is an action/platformer game developed by Treasure and published by Sega in 1994. Dynamite Headdy was released on the Wii Virtual console in July 2007.

The main character of Dynamite Headdy is the star puppet, Headdy. Upon arriving in North Town discovers that the evil puppet, King Dark Demon has come to select which peaceful toys he shall convert into His evil minions.

Headdy is captured by the Toruzo-Kun and is thrown into a dust cargo to be destroyed, but Headdy escapes and sets off on an journey to defeat the evil King.

During the course of the game, certain heads can be unlocked from HeadCase which allow for certain enemies to be defeated or access to special areas.