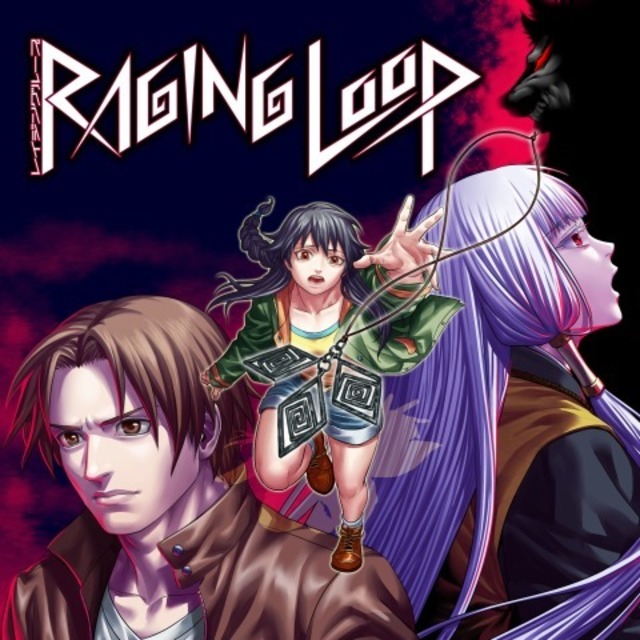 A visual novel developed by Kemco that is based on the Werewolf game, also known as Mafia, where a group of people are trapped in a rural mountain village surrounded by a mysterious mist.

Raging Loop (レイジングループ) is a visual novel that was developed between Kemco and Dwango that tells a narrative that is based off the social deduction game known as Werewolf. The title was written by Shuhei Nobuki, known under the alias "amphibian," and was initially released in Japan for mobile devices on December 3, 2015. Later on the game was ported as a digital title for the PlayStation Vita in 2017, which added full voice acting when the mobile versions were only partially voiced, and was later followed by ports for the PlayStation 4, Nintendo Switch and PC the same year. Eventually PQube published Raging Loop in North America and Europe in 2019 for the PS4, Switch and PC, which was localized by Lemnisca LLC.

The story follows the plight of a group of villagers who are trapped by a mysterious mist in their remote mountain home. Through seemingly supernatural means, a number of people have become "wolves" that will kill one of the villagers each night unless the group participates in a game known as the "Feast" to expose the wolves' identities. At the same time, an outsider named Haruaki Fusaishi, the story's protagonist, has gotten himself mixed up in the village's game after crashing his motorcycle in the mountains. Fusaishi also soon discovers that whenever he dies, he somehow loops back in time to the period right before the Feast begins while retaining all of his memories in the process. Unable to escape the village or break the never-ending loop, Fusaishi is forced to use his newfound ability to win the game and find out the greater truth behind the Feast.

Raging Loop is an interactive visual novel that contains a branching narrative where the player can obtain a number of endings based on choices made throughout the game. Most of the experience simply involves reading text but occasionally the player will be presented with choices that will branch the story. However, certain choices are locked and cannot be selected or even seen unless the player has the required number of keys. When the player obtains a bad ending and Fusaishi is killed, they will learn something new about the story's overall mystery which is represented by a numbered key. Once the player has gotten certain keys they can travel back in time using the game's flowchart and unlock different choices that will advance the story. The objective of the game is to explore all the different paths in the story and hopefully discover a way to end the Feast.

Raging Loop was highly regarded in Japan upon its release in 2015 and gained a strong fan following over the years. In 2017 Famtisu magazine held a fan poll where readers voted for what they believed were the greatest adventure games of all time. Raging Loop ranked in the top 20 results, wining 7th place overall with 202 points [1]. A manga anthology as well as a seven-part novel adaption written by amphibian was published in 2019. Several of the novel volumes featured forwards written by other famous visual novel and adventure game writers who lauded Raging Loop with praise. These include Gen Urobuchi, Kazutaka Kodaka, Ryukishi07 and Kinoko Nasu [2].