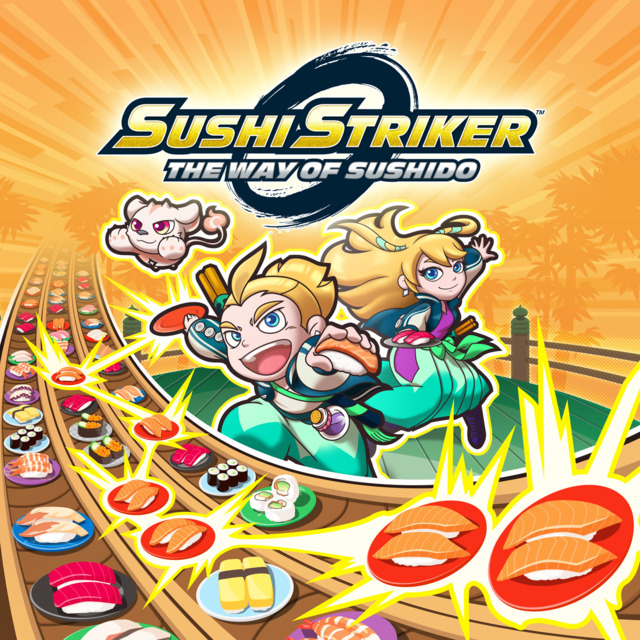 Sushi Striker: The Way of Sushido

Sushi Striker is a puzzle action game about creating combos by linking together same-colored plates of sushi on several conveyor belt lanes for maximum points. After seven seconds the linked plates disappear and the attack stack is lost so players have to be on their toes to create the biggest stacks and attack their opponent with as much sushi power as possible. Sushi Sprites (up to 100 exist) can level up their special skills that affect the action.

Local (same-screen and wireless) as well as region-locked online multiplayer for two can be unlocked by progressing through the anime-styled story.

Players can pick a male or female version of Musashi, the main character, and level up their sushi striking skills through battles.