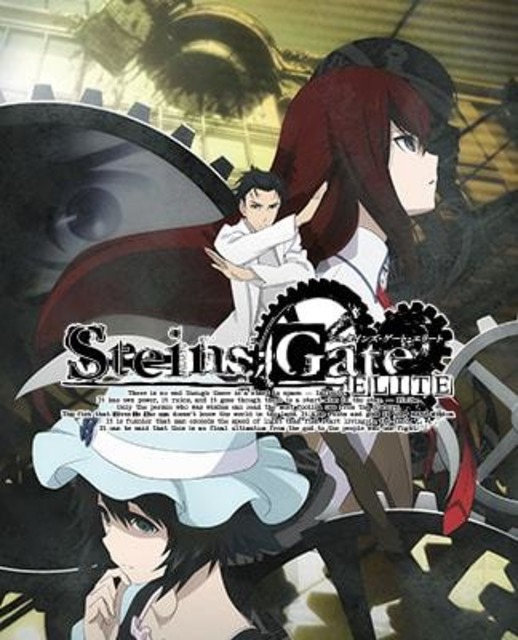 A remake of the original Steins;Gate that replaces the artwork from previous releases with repurposed FMV footage from the Stiens;Gate anime adaptation.

Steins;Gate Elite is a repackaged version of the original Steins;Gate visual novel that replaces all of the static artwork with fully animated FMV sequences. The animation is made up of repurposed footage from Steins;Gate's 2011 anime adaptation along with some newly created sequences for scenes that were not in the television show. 5pb published the title for the PlayStation 4, PlayStation Vita and Nintendo Switch in Japan on September 20, 2018. The Switch edition contains an exclusive Portopia-style adventure game called "8-Bit ADV Steins;Gate" developed by M2 while the other platforms contain a port of Steins;Gate: Linear Bounded Phenogram. Spike Chunsoft published Elite in the West on February 19, 2019 for the PlayStation 4, Switch and PC with both bonus games for their respective platforms included with their English releases.