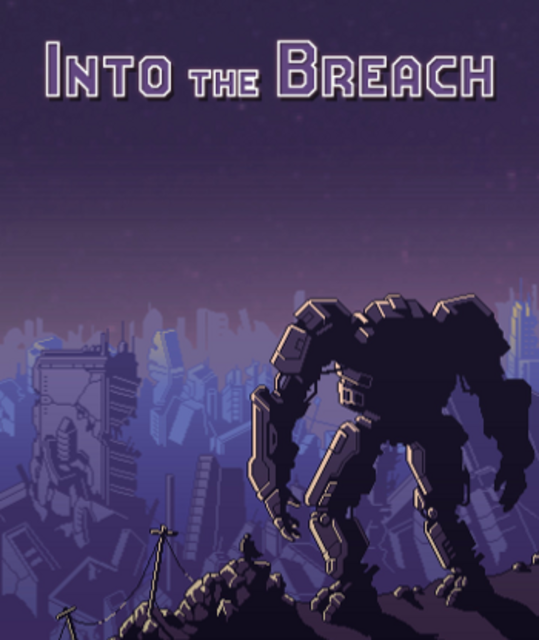 Mechs defend Earth from giant bugs in this tactics game from the creators of FTL.

Into the Breach is a turn-based tactical game from Subset Games, the creators of FTL. The player controls a squad of three mechs and must fend off invading insectoid kaiju in turn-based combat. Like Subset Games' previous title, Into the Breach features randomly generated encounters and roguelike elements.

Play takes place on procedurally-generated 8x8 grids. When players win, lose, or abandon a timeline, they can bring one of their mech pilots into a new run via time travel, retaining that unit's skills.

Into the Breach initially launched on Windows, with Mac and Linux versions planned for later. Ports for Nintendo Switch, Stadia, iOS, and Android were later released as well.

On July 19, 2022, all versions of the game received a free expansion update. Entitled "Advanced Edition", the update introduces new enemies, missions, squads, pilots, and weapons, as well as a fourth difficulty mode. New additions can be toggled on or off in groups at the start of a new timeline.