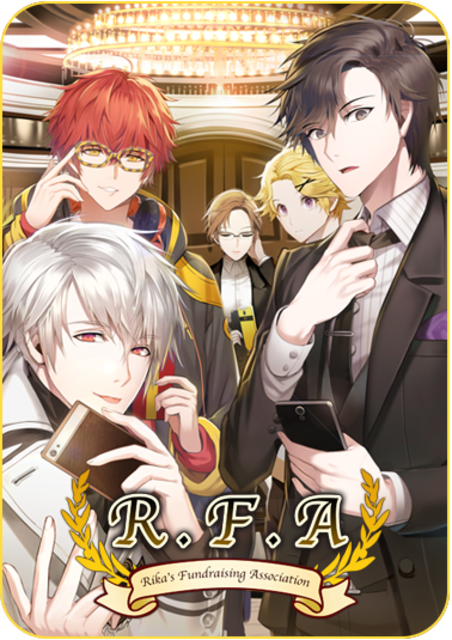 Cheritz, the company behind the otome games Dandelion and Nameless, now brings a new otome game to both Android and iOS.

Mystic Messenger is the third game from Cheritz and the first mobile otome game they've published. It is a romantic simulation game designed for female audiences. Unlike previous games, Mystic Messenger doesn't appear to tie into Cheritz's established universe.

The game was released on the Android market on July 8, 2016. After several delays and setbacks, the iOS version was uploaded on August 18. The game is available in both Korean and English.

As stated by the creators, the basic premise of the story is:

You were looking for an app, just to kill some time, and stumbled upon an app called "Mystic Messenger". It sounded interesting so you downloaded it.

Once you opened it, you found yourself chatting with someone nicknamed "Unknown". They persuaded you to go to some studio apartment.

As soon as you walked into to the apartment, your app is suddenly connected to a mystic group chat with attractive guys!? After a long chat, they ask you to join their secret party planning association called RFA...

The MC in this game is name-able and presented as a self-insert, rather than an actual character. In the story, she is implied to be in her late teens to late twenties. The game gives several options for the MC's profile image, but in all of the CG images she is portrayed as a petite, brunette girl.