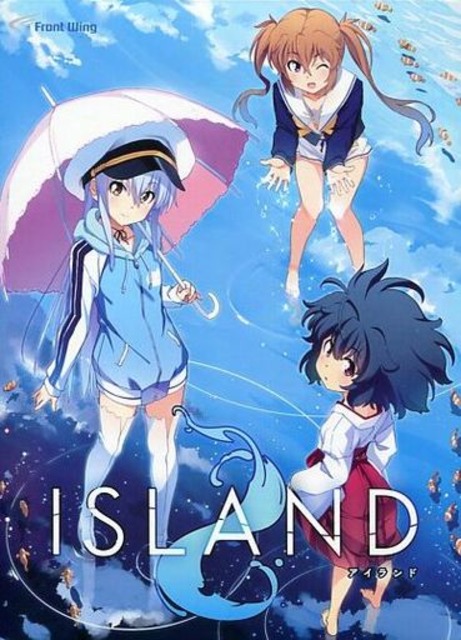 A visual novel developed by Front Wing about a young man, who claims to be from the future, that washes ashore onto an isolated island and proceeds to get involved with the local politics between three powerful families in an attempt to changed the island's fate.

ISLAND is a visual novel developed by Frontwing and written by G.O., a writer famous for penning Himawari. The game was released for the PC in Japan on April 28, 2016 and was later ported to the PlayStation Vita by Prototype in 2017. Frontwing USA also published an English edition of ISLAND on August 24, 2018, coinciding closely with the title's anime adaptation produced by feel.

Himawari - The Sunflower - The Fruit of Grisaia