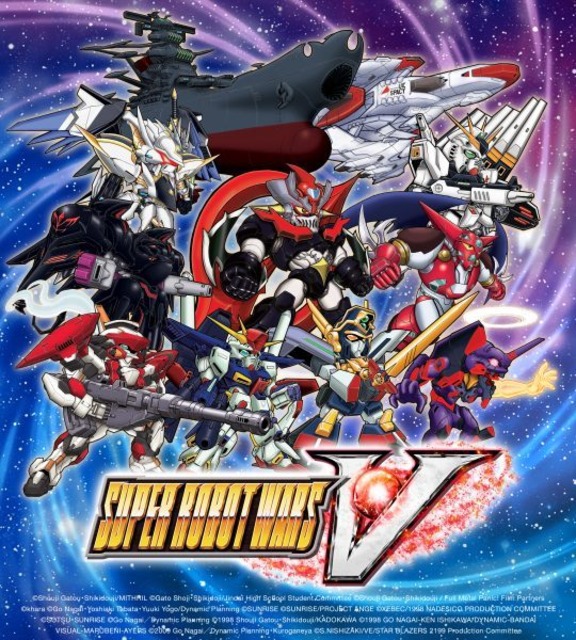 Super Robot Wars V is the fifth mainline entry in the Super Robot Taisen crossover RPG franchise developed by B.B. Studio and published by Bandai Namco in Japan for the PlayStation 4 as well as PlayStation Vita on February 23, 2017. The title is notable for being the first game in the series to feature units from Space Battleship Yamato and for being the the first mainline title to be officially translated into English with its release in Southeast Asia.

A list of works featured in the game. Series that will debut in the Super Robot Wars franchise in this game are marked with (new).