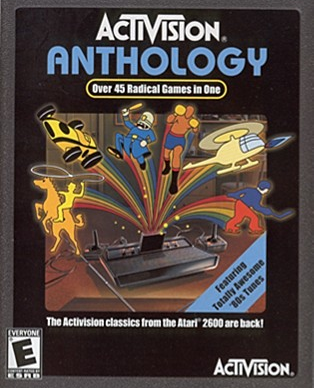 Activision Anthology is a compilation that includes over 45 of the company's biggest games for the Atari 2600.
Game Boy Advance PlayStation 2

The various releases of Activision Anthology feature differences between them.

The mobile versions of the game feature a different way to purchase the game. The base game may be downloaded for free and players will have access to Kaboom! only. The games can then be purchased in packs of 11 at a time for a total of 45.

The Playstation 2 version of Activision Anthology includes a variety of 80s music.