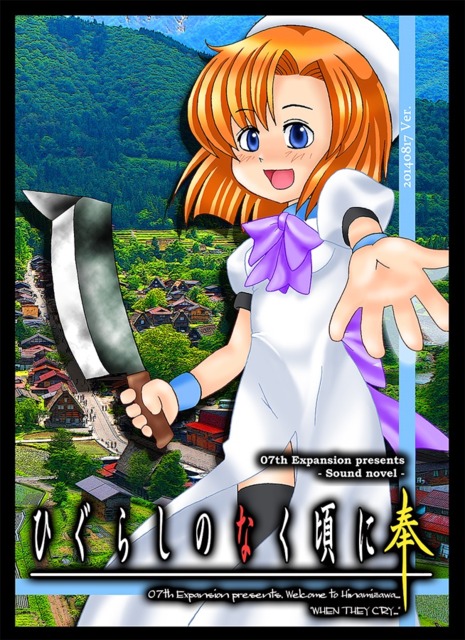 Higurashi When They Cry Hou

A collection that contains both story arcs from the original Higurashi as well as new side stories and spin-off scenarios.

Higurashi When They Cry Hou is an anthology that includes all of the previously released episodes, the Higurashi fandiscs and several new scenarios. The collection was developed by 07th Expansion and was released at Comiket Market in Japan on August 17, 2014. The collection was later ported to the Nintendo Switch in 2018 by Entergram and contained the character sprites and backgrounds from Alchemist's past releases of Higurashi.

MangaGamer licensed Higurashi When They Cry Hou for an English PC release and published each of the anthology's chapters as individual games starting with Onikakushi on May 15, 2015 and ending with Matsuribayashi on May 14, 2020. The English versions do not use the scripts from MangaGamer's previous Higurashi releases but instead contains brand new translations and restores the games' original soundtracks. New character artwork was also created for MangaGamer's releases and the games were ported to Unity, allowing the player to switch between the old and new art, as well as the Japanese and English scripts, at any time.

Higurashi When They Cry Hou contains 14 chapters in total, encompassing episodes from previous releases in the franchise as well as brand new content made specifically for the collection.