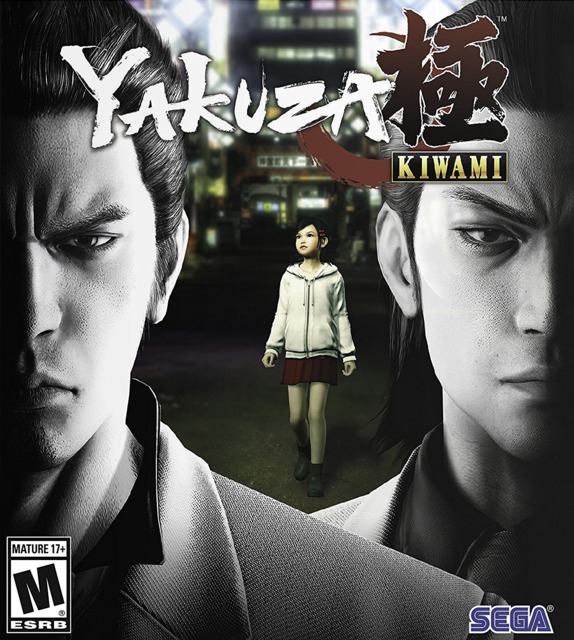 An HD remake of the original Ryu ga Gotoku (Yakuza) game, for PlayStation 3 and 4.
PlayStation 3

A high-definition remake of the original Yakuza (or Ryu ga Gotoku in Japan), Yakuza Kiwami was rebuilt from the ground-up to incorporate advances both in technology (since its original version was released on the Sony Playstation 2) and story (since it was developed and released after the prequel title, Yakuza 0). Alongside changes in graphics and gameplay to fit with more modern systems, extra plot elements have been added to fill in the previously-unseen storylines revolving around Kamurocho and the Tojo Clan during Kazuma Kiryu's time in prison.

The infamous "Dragon of Dojima," Kazuma Kiryu, takes the blame for his adoptive brother Nishikiyama shooting the Dojima clan's patriarch after the man tried to rape their orphan sister, Yumi. Kazuma's confession to the police lands him in prison for ten years. When he finally returns to Kamurocho, he discovers that everything has changed: Nishikiyama has become driven solely by ambition to become the head of the Tojo Clan, Yumi has gone missing, 10 Billion Yen has disappeared from the coffers of the Tojo Clan, and now the yakuza are gunning for Kazuma's head. His only hope lies in a little girl who might be the key to unlocking the conspiracy behind it all, if he can keep himself and the girl alive long enough to root it out.

Players control Kiryu as he progresses through the story. After a certain point, he will be free to roam around the city of Kamurocho and do what he pleases, whether it is to continue the story or play one of several minigames.