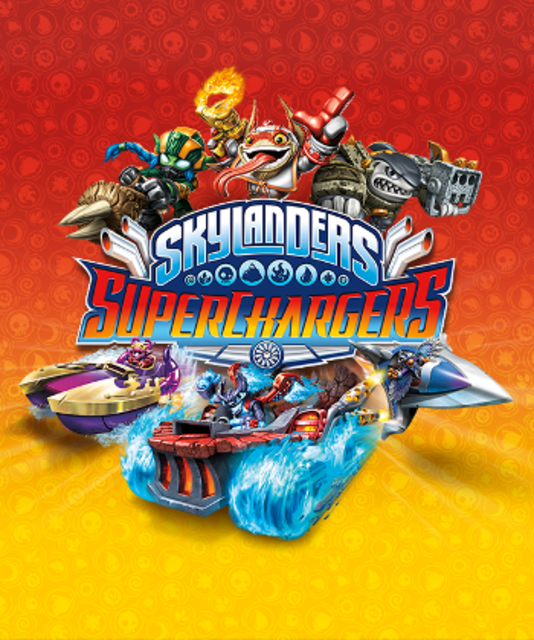 The next game in the Skylanders franchises adds air, sea, and land vehicles to the mix.
Xbox 360 PlayStation 3

Skylanders SuperChargers is an action-adventure game developed by Vicarious Visions and Beenox Studios and was published by Activision for multiple platforms.

The Wii, Wii U, and 3DS versions of Skylanders SuperChargers have two guest Nintendo characters exclusive to these platforms: Donkey Kong and Bowser. The figures for these two characters can be used as Amiibo with the twist of a dial.