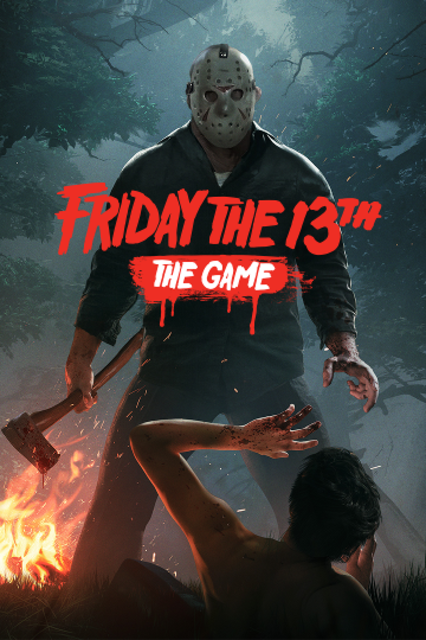 Friday the 13th: The Game

Take control of classic horror icon Jason Voorhees and stalk up to seven other players (as camp counselors trying to survive the night) in this asymmetrical-multiplayer survival horror game.

Friday the 13th: The Game is an asymmetrical multiplayer third-person survival horror game developed by Illfonic and published digitally by Gun for the Xbox One, PlayStation 4, and PC (via Steam) on May 26, 2017.

An adaptation of the Friday the 13th slasher film franchise, Friday the 13th pits up to seven versatile camp counselors against the brutal Jason Voorhees in a variety of movie-based locales (most notably Camp Crystal Lake). As the counselor players cooperate to either survive the night or escape safely, the Jason player uses a variety of abilities to stalk and murder.

Developed on the Unreal Engine 4, the game was originally announced in October 2014 as Slasher Vol. 1: Summer Camp, not using the Friday the 13th license. After acquiring the rights to the license in October 2015, the game was re-branded and had a successful crowdfunding campaign. The game features motion capture from Kane Hodder (the actor best known for portraying Jason), a soundtrack by Harry Manfredini (the composer of the film series), consultation from both Sean S. Cunningham (the director of the first film in the series) and horror legend Tom Savini, and voice acting by Thom Mathews (who reprises his role as Jason's nemesis Tommy Jarvis).