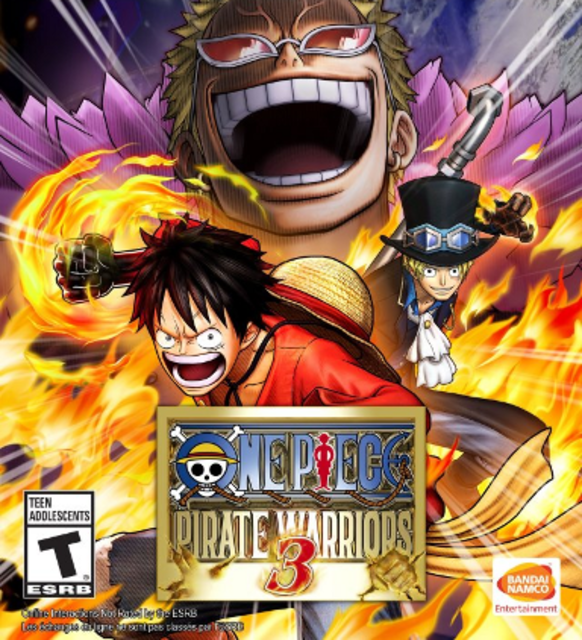 Unlike One Piece: Pirate Warriors 2, which featured an original story for the game, Pirate Warriors 3 will retell the events of the manga and anime, beginning with Luffy's departure from his village all the way to the current arc, Dressrosa.

A special One Piece Pirate Warriors 3 themed PlayStation 4 will be released in Japan alongside the game on March 26. This limited edition console will feature special artwork featuring Monkey D Luffy, Portgas D. Ace, and Sabo on the HDD faceplate.