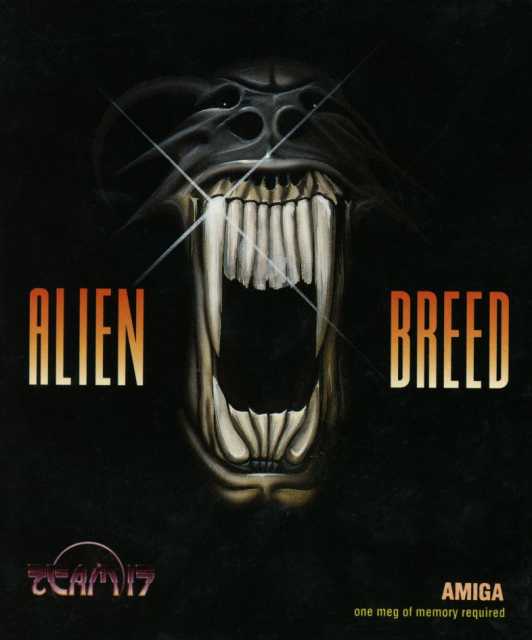 Alien Breed is a top-down sci-fi shooter, that allows for two players to play the game simultaneously.

While gameplay follows a similar tradition to games such as Gauntlet, this game is known for its unique dark atmosphere and futuristic sci-fi setting.

The survival in Alien Breed depends on the player's health, lives, ammo, credits and keys. Most of these can be replenished at one of the computer stations scattered throughout each level. The player can also purchase various types of guns from these computers.

Alien Breed is the first game in the Alien Breed franchise. An enhanced port with updated graphics and new levels was released on PlayStation Mobile in November 2012. A PSN version of the game for PS3 and Vita is due out in February 2013, featuring cross-platform online co-op and cloud saves.

In 1992 an updated version was released on the Amiga, titled Alien Breed: Special Edition '92, including the Tower Assault expansion, plus many other new levels. All the original levels were also reworked, drastically changing the pacing from having the player shoot their way through alien hordes to a much slower-paced and methodical style where the alien encounters were rarer and much more dangerous. The Special Edition '92 content was not included in the 1993 PC port (re-released in 2012 on GOG) but is available as optional modes in the PlayStation 3 and Vita versions released in 2013.