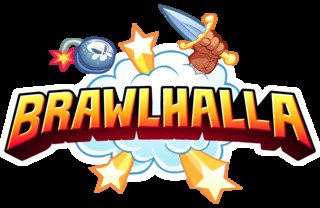 Brawlhalla is an 8-player, 2D fighting game featuring warriors from throughout history.

Brawlhalla is a 2D platform fighting game developed by Blue Mammoth Games and published by Xaviant LLC on PC on April 30, 2014. On December 5, 2015, it was announced that the game will be released on PlayStation 4 in 2016. Blue Mammoth Games has stated they intend to have Cross Platform Multiplayer between those two platforms.

Brawlhalla's fighting system is closer to that of Super Smash Bros. than of other fighting games, with a focus on knocking opponents out of the arena rather than depleting a health bar, and simple controls where moves are executed by pressing a direction and a button.

Brawlhalla can be played online and offline, against other players or against bots. It supports custom games of up to 4 players on one system or up to 8 players online, and allows a mix of local and online players in any of its game modes.

Brawlhalla has standard game modes such as Deathmatch and Team Deathmatch. Players can change a variety of settings in these modes, including changing the time limit, increasing how much damage is taken, and turning on Friendly Fire. Brawlhalla also has two unique team-based game modes: Brawlball (like American Football with weapons) and Bombsketball (basketball with bouncy bombs).

Brawlhalla is Free to Play and supported by the purchase of Cosmetic Items (such as skins and taunts) that do not provide any gameplay advantage. Playable characters are on a weekly rotation with six free at a time, but they can be unlocked permanently with in-game currency.

Brawlhalla also includes Season pass for unlocking extra goods trough accumulative weekly missions and daily quests for leveling up the season pass during 12 weeks for its free and by purchasing the season pass, it makes able to unlock even more items and colors.