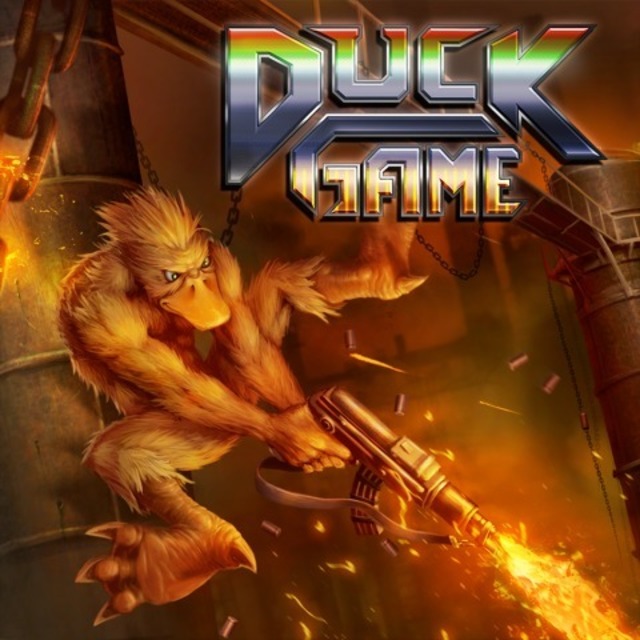 Duck Game is a side view arena dual stick shooter released in 2014 on the Ouya console by Landon Podbielski. There are 50 levels; tons of weapons; and four different ducks to choose from who all come with their own collection of hats. On August 25, 2014, Adult Swim Games announced that they would be publishing a version of the game for Steam.