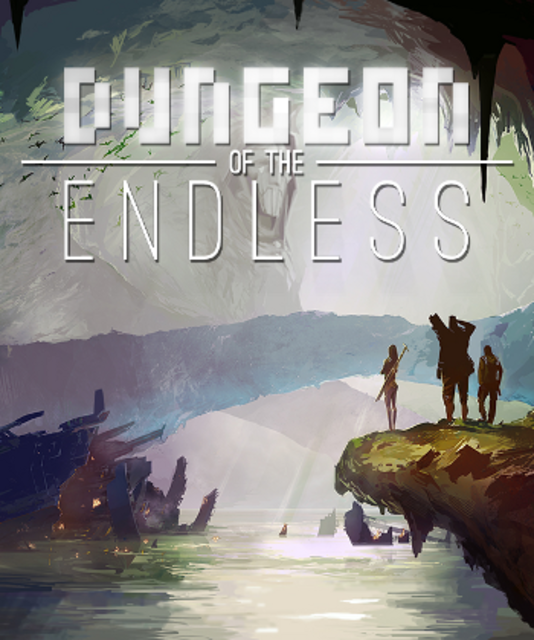 Dungeon of the Endless

A party-based roguelike game with elements of 4X resource management and tower defense.

Dungeon of the Endless is a roguelike dungeon exploration game with 4X and tower defense elements. It is set in the same fictional universe as Amplitude Studios' strategy titles Endless Space and Endless Legend. The game was first released on Steam Early Access on December 11, 2013, and it was released in full on October 27, 2014. An Xbox One version has been announced for release in 2015.

The premise of the game is a that prison ship has crash-landed on an unknown alien planet, embedding itself 12 floors deep in a mysterious and labyrinthine complex. The player must guide the small number of survivors (up to 4) in ascending up to the surface to their escape. With them, the survivors must bring their wrecked ship's power crystal, as it is their only source of energy and they will need it to power up some of the subsystems of the complex in which they are trapped. If the player can guide the party of survivors and their power crystal up through all 12 floors without either of them being destroyed, the game is won.

Upon starting a new game, the player picks a starting ship and individual survivors from a roster. Initially, only one ship and 4 survivors are available, but many more ships and survivors can be unlocked by achieving specific goals during playthroughs.

Each ship may have unique conditions that its selection will enforce upon the game to be played, like the Infirmary ship, which disables heroes from freely healing up after combat, but amplifies the effect of paid healing and replaces most random loot with drugs.

Each survivor has a unique combination of starting stats, equippable item types, and skills that they can learn as they level up.

Every floor is divided up into a dozen or more rooms, all with their initially doors closed. Opening the door to a new room is like taking a new turn: resources increment up once by their growth rates, enemies may spawn in any unpowered rooms, and randomly-generated treasure, NPCs, or other things may be found in the newly entered room. Between opening rooms, the player can spend their standard resources (Industry, Science, and Food) to do things like build modules (like structures in an RTS/4X game) that generate more resources or function as automated defenses (like towers in a tower defense game) or buy and sell equipment for their party members using a merchant.

The player also has a special resource called Dust, which is only generated by opening new rooms and killing enemies. Dust is used to power up rooms on the current floor, which has the effect of disabling random enemy spawns in the room and enabling construction of modules in that room. Most rooms contain minor module slots where minor modules (i.e. turrets) can be built, but only a few rooms per floor will have major module slots where major modules (i.e. resource generators) can be built. To power up a room, it must be connected by a chain of powered up rooms that leads back to the power crystal, which is fixed in the starting room of the floor. Enemies can attack and destroy modules, so they must be defended vigilantly.

On each floor, there will be an exit room. Once the exit has been located, the player may choose to leave the current floor for the next one. To do this, the player must order one of the survivors to pick up the power crystal and carry it to the exit room. While the crystal is being carried, the carrier is slowed down and cannot fight or use any skills. This wouldn't be a problem if not for the fact that moving the power crystal alerts and enrages enemies far and wide, bringing them pouring into the level as infinitely spawning waves. As soon as all survivors, including the one carrying the power crystal, enter the exit room, the player can instantly eject from the current floor to the temporary safety of the floor above.

Upon entering a new floor, the player's resource generation rate starts over at the baseline (equivalent to having one of each resource generator) and available Dust is reduced to a basic amount. However, actual quantity of standard resources are carried over in full from the prior floor. All equipped items and researched upgrades carry over from floor to floor as well.