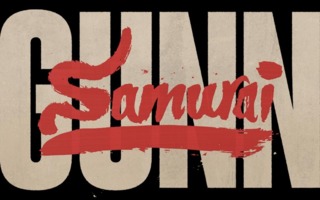 A two to four player bushido deathmatch game where each player is equipped with a sword and a gun with three bullets. One hit kills.

Samurai Gunn is a local multiplayer game in which up to four players duel to the death. Teknopants had previewed the game at many conventions and trade shows before, some ways into development, Max Temkin (Cards Against Humanity, huge fan of the game) came on board to help fund and publish the game.

Samurai Gunn was released for PC on December 10th, 2013 with two modes, Deathmatch and Survival. On January 29th, 2015 the game was released for Mac and received a significant update that included two new modes (Master of the House, Showdown Samurai), new maps, features and options.

Players select a samurai to play as (differences are purely cosmetic) and a map on which to battle.

As a samurai, you are both agile and fragile as you move quickly and can kill/be killed in one hit. In addition to your standard running and jumping, you can cling to the side of walls and platforms, slowing your descent, and you can climb upwards by performing a wall jump. You can also hold the down button which poses your character sprite as a dead body, hopefully dodging any attention from your opponents. However, laying down in water for too long will cause your character to drown.

In terms of offence, you have your sword which reaches about roughly two blocks ahead of you, but has a forced-delay between slashes preventing players from just mashing the attack button. And playing to the second-half of the title's namesake, you have your gun loaded with three bullets. Players can fire their gun in any cardinal direction, however the bullets can also be deflected back or in a different direction with their sword. In addition to this, there is no on-screen indicator of how many bullets a player has left. To wit, players must keep track of how many shots they and their opponents have fired off or recognize when a player dry-fires their gun (a small puff of smoke comes out upon shooting) signaling that they no longer have any ammo. Guns cannot be reloaded and you are only given ammo after dying and respawning (where you are back up to three shots). Stepping into water will cause your gun to be waterlogged, rendering it unusable until you respawn.

The following options are available in all game modes.

In all of Samurai Gunn's game modes, a tie will result in a Showdown. These are matches where bullets are not allowed and every player only has one life. Up to four players can fight in a Showdown. It is extremely rare, but, if a Showdown ends in a tie, there will be a Double Showdown, which takes place on a unique dojo map.

Every one of the four Areas in the game has its own unique Showdown map and with one exception each of those maps has a gameplay feature that is entirely exclusive to that map. The game mode Master of the House also has a unique Showdown map which does not appear otherwise.

In Deathmatch, two to four players battle to the death on a map selected from one of the four areas. Based on the selection in the Options menu, the match will end when a player either has reached the maximum number of kills, or there is only one player left alive.

In this mode, one to four players are given a limited number of lives and must work together to defeat four waves of AI enemies on a chosen arena. Clearing a waves on an arena causes it to "level up" making that arena more difficult by giving the players less lives, another wave, more enemies per wave, and harder AI. The last and fifth wave is unlimited, and can never be truly conquered. See how long you last instead.

Game Mode 3: Master of the House

Play one match in a randomly selected map from each of the four areas. Ties are settled in the unique Moonlit Showdown map.

Challenge each other in a series of randomly selected Showdown levels.

There are four main zones in Samurai Gunn: Forest, Fortress, Graveyard and Mountain. Other than being unique aesthetic tile sets, these areas also have unique features which are detailed below. That said, most maps contain one or more of the following features:

This area has many moving platforms which can crush you to death. The shodown map features falling arrows which can kill you or be deflected at an opponent with a well-timed sword slash.

This area has bamboo tiles, some of which will constantly grow back in random directions. Some can simply be cut away to open the path, others reveal an immovable stone. The showdown map in this area is the only one of the standard maps which does not have any unique gameplay elements. It is simply a classic, flat sunset map.

This area has funny jiggly green tiles. You can stand upside down or fight along a wall made of these tiles. The showdown map in this area takes place during a lightning storm. Most of the time all the players are invisible save for the dust which appears at their feet when they run or jump. When lightning strikes, everyone can be seen for an instant.

This area has a lot of falling ice spikes. If they fall on you, you will die. Slash them with your sword to make them fall faster or to destroy an already felled icicle. The showdown level in this area is the only map in the game to feature the ice tile, which is both slippery and severely increases knock back distance when swords clash. The smallest map in the game, the only platform is extremely narrow and surround by spikes.

There are five main clans to choose from, each with three character variants. All moves, statistics and hitboxes are identical, but different clans have different colors and voice samples. Four clans take their names from Japanese filmmakers (Katsuhiro Otomo, Akira Kurosawa, Utagawa Hiroshige and Hayao Miyazaki), while the Kabuki clan references the famous style of Japanese Theater. The clans are:

There are 5 secret clans with up to three characters each. Each character requires a specific, secret code to be input in order to be unlocked. These characters behave the same way as the standard clans. See the Guide for more information.