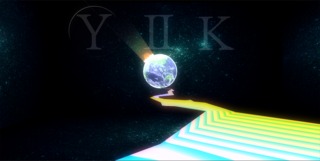 An upcoming turn-based RPG from AckkStudios.

Project Y2K is an upcoming Mother-inspired RPG from AckkStudios. It is set to be released for PC and Wii U. The developers aim to have the game playable at PAX (East) 2014.

Not many details about the game are currently known; however, screenshots have revealed that the game will, at least partially, be set within suburban environments. As well as this, characters participate in turn-based battles and can wield everyday-objects as weapons; for example, vinyl records.