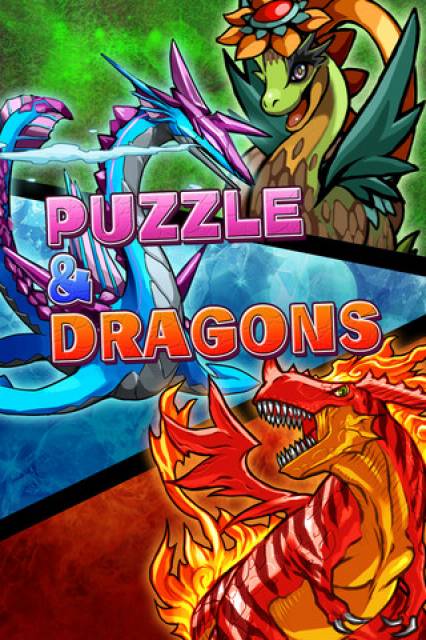 A match-three game with RPG elements, released for iOS and Android devices. Since its launch in 2012, it has become the highest-grossing mobile app of all time.

Puzzle & Dragons is a match-three puzzle game, developed by GungHo Online Entertainment for iOS and Android devices. Gameplay focuses on matching three or more orbs of the same color by displacing one orb around the board to attack enemies, with each "turn" counting down a timer for monsters to attack you. The goal is to complete the dungeon you enter, by defeating foes and surviving attacks altogether. Skilled players will be able to chain together multiple combos at once, while also utilizing unique skills of each of the different monsters they can place in their teams.

A defining feature of Puzzle & Dragons is the inclusion of RPG mechanics within the game. Hundreds of monsters are available to collect and be placed into a team of your choosing, with many having unique abilities to affect battles. These monsters are able to level up, evolve, and become more powerful as the player chooses to fuse monsters together. Players can also add other players to their friends list via 9-digit numerical codes, and can utilize their friend's current monster leader into their own team.

Within the game, various options for In-App purchases are available in the form of Magic Stones, the premium currency used in-game to use the Rare Egg Machine, for a chance at incredibly powerful monsters only obtainable through the machine. Magic Stones can also be used to expand the player's friend list, the size of the monster inventory, revive the player if they fail in a battle, or fully restore Stamina, which is required to enter dungeons and recovers at a base rate of 1 per 10 minutes.

Notably, Puzzle & Dragons has been rising in popularity across Asia, and recently North America. It is constantly being updated with new dungeons and monsters, and GungHo Online Entertainment frequently hosts events for the game, which include special dungeons for certain amounts of time as well as awarding every player with free magic stones over the course of the event.