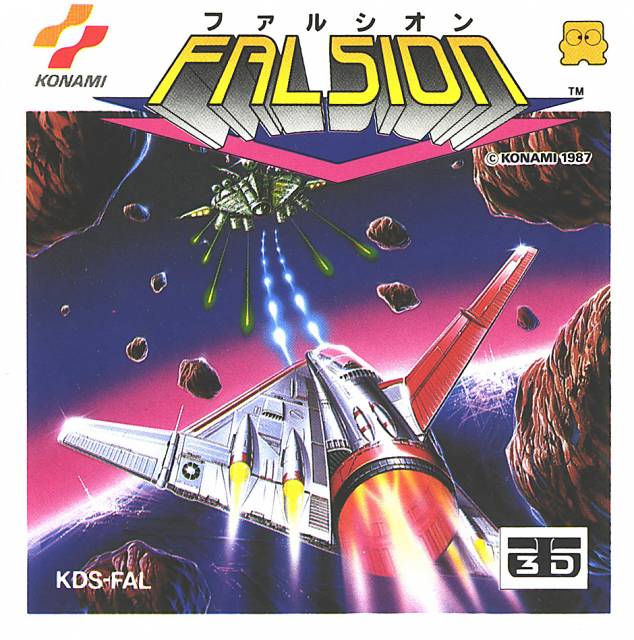 A Konami shoot-em-up depicted from behind the ship on a Z axis, similar to After Burner or Space Harrier, for the Famicom Disk System. It has the distinction of being one of the few games that worked with the Famicom 3D imaging system.

Falsion is a behind-the-cockpit space shooter that uses the Famicom 3D Imaging peripheral to create stereoscopic 3D space combat. Though the peripheral was never released outside of Japan (unlike the Sega Master System's similar device), this game is considered one of the few to use it effectively. The game also provides a "normal mode" for players without the 3D device.

The game is also a Famicom Disk System exclusive, which means that two peripheral devices are necessary in order to play it.