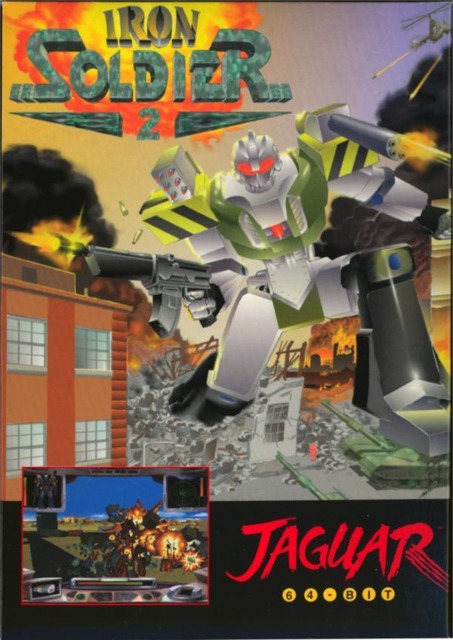 A mission-based first-person mech shooter and the sequel to the original iron Soldier. Has the rare distinction of being both a cart and a CD release for the Jaguar.

Iron Soldier 2 is a first-person mech game for the Atari Jaguar. It was the second-to-last official release for the console, and released both in cart and CD format. As with its predecessor, the player selects from a number of possible missions and must maneuver their eponymous mech suit through various enemy-filled territories to find the mission-critical target. As the player proceeds with the game, they can unlock more powerful weapons to outfit their mech with at the start of each mission.