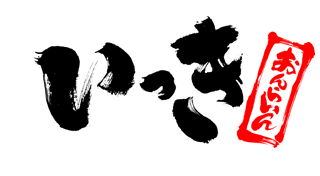 A group of farmers from a poor-village in medieval Japan attempt to start a rebellion against their oppressive feudal overlord for their independence. However, only a pair of farmers ends up participating, so it's up to them and them alone to fight through the overlord's entire ninja army.
PlayStation Network (PS3)

[Ikki Online] (いっき おんらいん) is a remake of the 1985 arcade classic and NES port (Farmers Rebellion) specifically remade as downloadable title for the PlayStation Network. The title of the game literal means "Rain Temperature" which is in reference to the fact the main protagonists of the game are simply farmers.The most notable feature of this remade version is most certainly the online mode which allows up to 12 people to play simultaneously and compete in numerous modes.

The game itself is played from the top-down scrolling perspective and is mostly of the action shooter variety. It can either be played in NES-style graphics with the originally re-mastered sound or in the performance enhanced PS3 remake mode taking full advantage of the graphical boost which generates a modern interpretation of the game to play from . Development of the game begin shortly after another development team had recently re-mastered the NES classic (Everyone Spelunker), they were crucial in helping transition the game to it's new format, and were also vital in compile the trophy list for the game as well.

The characters can move with the left stick or directional pad and are able to throw with auto-aim in the direction of any opposing enemies. With the use of the use of the right stick in any direction to throw your weapon. The player can also pick up sharpened bamboo sticks to fend off enemy ninja's and other player controlled farmers. L, R buttons will display a line for the pre-configured "online chat" in multiplayer.

Offline mode, the single player game has two player local as well as the standard one player campaign. When all the goals or objectives have been completed the game is over and it moves on to the next stage , however, the auto-save feature only kicks in after the stage has been fully cleared. After playing through the stages once, in it's entirety, the player can go back and select the stage of their choice and increase the difficulty in any of the numerous online and offline modes.

The online mode divides teams to play against other teams which can possibly consist of farmers and or ninjas.There are four different game modes, four types of rules that appear above all the game menus when selecting the game types. Some stages involve solely collecting the gold coins using the "standard rules" of the main game. A graph in the upper corner display shows a increase or decrease depending on the number of gold coins in possession by the individual teams.

Defeat and conquer the opposition in this all out free-fall mode, in order to claim victory.

Is a bonus stage where the player must participate in a mini-game-esque foot race, with the main goal of getting the most rice balls along the way as the race unfolds.

When this mode is selected by the player, the entire stage is shrouded in darkness and the only thing lit is the players character and in a multiplayer setting multiple characters can join together creating a wider view. This mode is of course optional and can be turned on or off at the players discretion when selecting a stage.

When this mode is selected by the player, they can take more hits then usual predetermined amount from enemies and when the players life gauge is completely expended the game goes into a even simpler mode to ensure the player progress through the stage without having to play ad nauseum.

-Play Recordings Players can view their own recordings of individual stages when the mode is turned on through the options menu. They player will also be able to receive stage info and if they reached a personal high score for the stage, the number of bamboo stick kills, total play time, title, MVP winning status, and winning percentage all which is displayed and can be turned off at the player's discretion. Depending on your individual playing style, you could receive the title of either "unknown" "cold feet" "spirited popular" "greedy" "reckless". In the online mode the player who's at the top the the leaderboards with highest score achieved in their recording will receive the title of "MVP" till their subsequently dethroned.