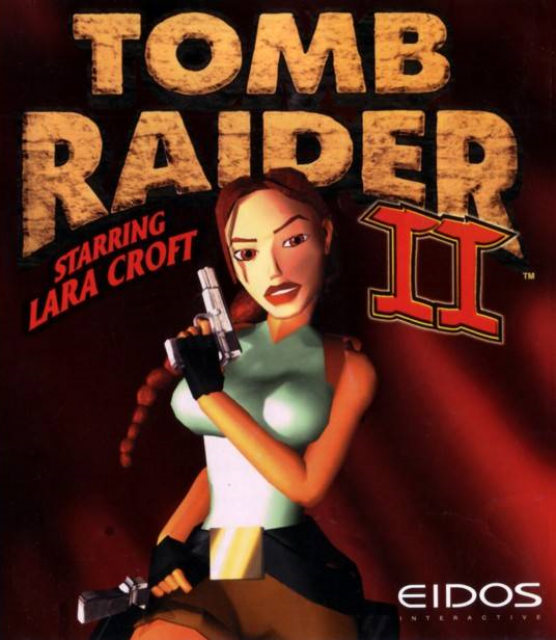 The second title in the Tomb Raider franchise. Lara Croft races against the forces of Marco Bartoli in search of clues that will lead her to the Dagger of Xian, a powerful relic that allowed the Emperor of China to command his armies.

Tomb Raider II is the 1997 follow-up to Core Design's Tomb Raider, and once again features adventuress Lara Croft on another globe-trotting adventure to recover a priceless artifact. The sequel expands Lara Croft's abilities and adds new weapons, levels, enemy types and other content. It also introduces vehicles that Lara can ride in certain areas.

Tomb Raider II was first released on PC and Sony PlayStation, followed a Mac OS version that came a few months later. It received an expansion, Tomb Raider II: Golden Mask, which was released in 1999 and included four new stages. The core game was also eventually rereleased on iOS devices, Android, and on digital storefronts like GOG and Steam.

Lara Croft's main goal in this game is to obtain the Dagger of Xian. The dagger was previously used by the Chinese Emperor to turn himself into a dragon by stabbing the dagger into his heart. He was eventually defeated when a group of Tibetan monks succeeded in removing the dagger from his heart and sealing it inside of the Great Wall for safe keeping.

The game begins with Lara discovering the entrance chamber to the holding place of the Dagger. As soon as she notices the key to the chamber is missing, she is attacked by a man who claims to work for Marco Bartoli, the leader of the Venetian mob. Lara soon discovers that Bartoli and his criminal associates have founded a secret cult obsessed with the dagger, and she proceeds to track him through Venice, his hideout, and then eventually makes it on to his private plane on its way to an oil rig in the Adriatic Sea.

Lara learns for that cult is excavating a sunken ship by the name of the Maria Doria. A captured TIbetan monk, named Brother Chan, informs her that the ship carries an artifact, called the Seraph, which serves as the key to another artifact, called the Talion, which, in turn, is the key to Dagger of Xian. Chan also tells Lara that he is from an ancient order of monks who live at the Barkhang monastery and have sworn to protect the Tallion. Chan also lets on that the Barkhang monks were ones who sunk the Maria Doria in the first place. However, before Chan can tell Lara any more information, he is shot by Bartoli, prompting Lara to dive into the ship and retrieve the Seraph.

After collecting the Seraph, Lara journeys the Barkhang Monastery and retrieves the Talion. She then travels back to the Great Wall. After a car chase with Bartoli, Lara opens the door of the Dagger of Xian's chamber. However, before she can collect the dagger, Bartoli puts it through his heart and turns into a dragon. Lara defeats the dragon and succeeds in pulling the dagger out of Bartoli's heart.

However, the remainder of Bartolis' men track down Lara at her mansion and invade it. Lara collects her shotgun and successfully defends her home from the intruders.