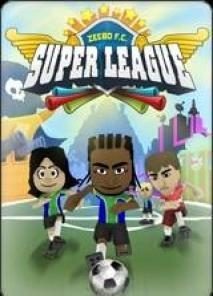 An arcade style soccer game exclusive to the Zeebo.

Zeebo F.C. Super League is a soccer game developed by Zeebo Interactive Studios (also known as Tec Toy Digital) and was published by Zeebo Brasil for the Zeebo.

In Zeebo F.C. Super League players can create soccer team with a captain that was either created from scratch or imported from Zeebo F.C. Foot Camp. The game supports the use of Zeeboids, the Zeebo system equivalent to the Wii's Mii system.

There are three game modes that can be played in the game:

The game contains five power ups that can be used during a game to give players an advantage. These power ups can be turned on or off. The power ups are: