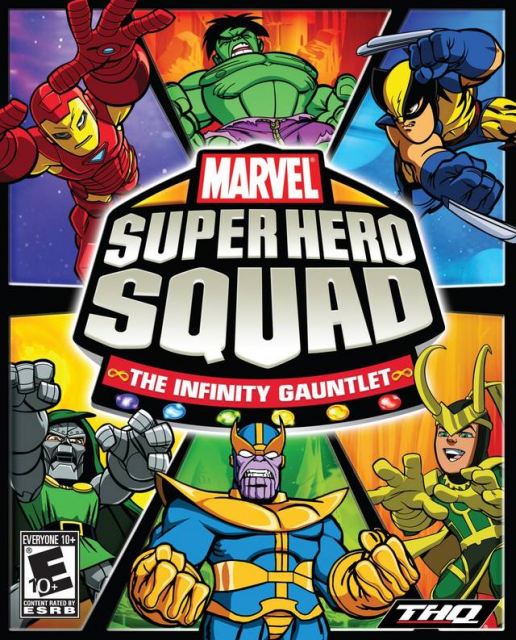 The Super Hero Squad team up to stop the evil Dr. Doom from retrieving all of the Infinity Stones. Coming to Wii, DS, PS3 and Xbox 360 from THQ.
Xbox 360 PlayStation 3

Marvel Super Hero Squad: The Infinity Gauntlet is in the same scheme as the last game, allowing the player to choose a Squad member and teaming them up to make a Super Hero Squad as it were. There will be three game modes consisting of a Story Mode, a Freeplay Mode and a Challenge Mode. You will also be able to "Hero Up" and play cooperatively.  A new puzzle element has been added to the series, giving the players more of a challenge this time around.

Only a few playable characters have been announced at this time: Iron Man, Spider-Man, Hulk, Silver Surfer, Wolverine, Falcon and Thor.