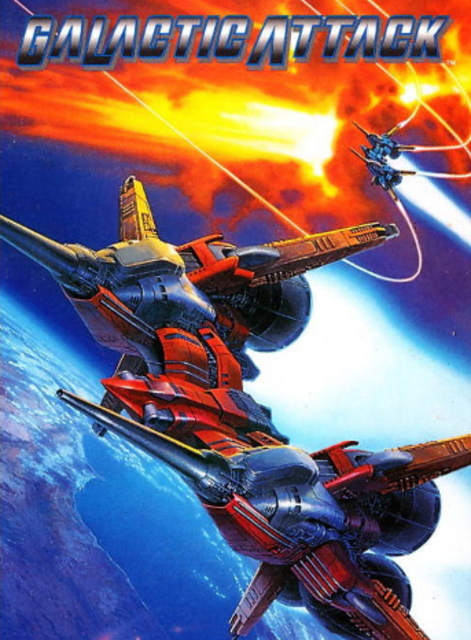 Vertically scrolling shoot 'em up released in 1993 as Rayforce in the Arcade. The subsequent home versions released in 1995 for Sega Saturn were titled 'Layer Section' in Japan, and 'Galactic Attack' in the US and Europe.

A vertically scrolling shoot 'em up released in 1993 focusing on air to air and air to ground combat. The game play takes place on two planes, an upper plane and a lower plane. With the difference between the planes being your method of attack. The upper plane requiring you to use your standard shot type weapon to dispose of enemies, and the lower requiring you to use your lock on laser type weapon for previously mentioned enemy disposal. The number of enemies you can lock on to with the laser type weapon is dictated by the number of laser power ups you have collected.

Boss fights will generally require you to use both of your attack types and require experimentation to determine where each attack type is required to down the enemy.

Galactic Attack features a limited continue system allowing you only four credits at the outset of the game. You can double the amount of credits available to you by entering a cheat code at the title select screen.

The game features TATE mode allowing you to rotate your monitor 90 degrees for full screen action if you are so equipped with such a setup. It also has an option to remove the onscreen HUD by pressing the Left shoulder button allowing you full view of the action with no score counters and such to impede your view

The game contains seven levels, they are as follows: