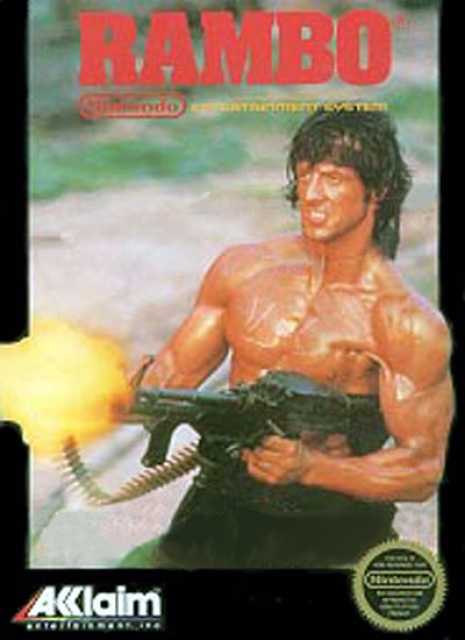 Play the role of John Rambo in this long adventure game.

Loosely based on the second movie, First Blood Part II, Rambo has the player assume the role of John Rambo as he hunts through the jungles of Vietnam for American POWs while providing reconnaissance for Col. Trautman and the rest of the US forces. It generally follows events from the movie, including scenes with Co-Bao and Murdock.

Rambo only has his knife to attack initially, though he can find various projectile weapons with finite ammo. The starting area has a number of helpful NPCs who provide Rambo with information about the game, but the rest of the world is populated with vicious animals such as tigers and bees.