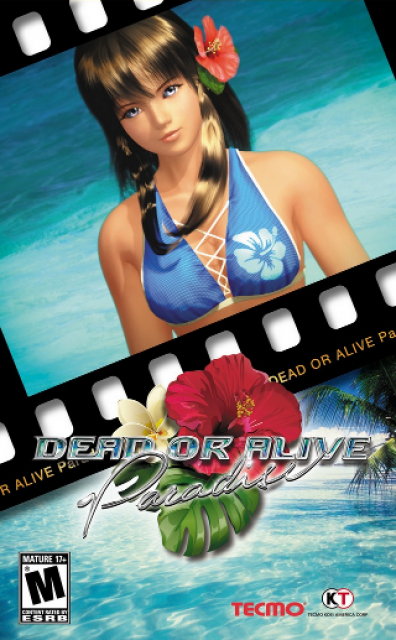 Dead or Alive's debut on the PSP brings the DOA girls back to the island with more of a focus on relationships and mini games from DOA: Xtreme 2.
PlayStation Portable PlayStation Network (PSP)

It's not surprising that Dead or Alive: Paradise was criticized for being "creepy" and "cheesy" by the video game industry for its subject matter, including "stalking" the DOA women and taking pictures of them for a photo album.

In an interview with Eurogamer, Tecmo Koei representative Yoshinori Ueda said otherwise. He stated that the game is not softcore pornography, but rather a game that shows that "women are beautiful characters."

"From our perspective, we're trying to make beautiful women, that has been the focus. We want our characters to be beautiful. The DOA characters are strong and that they look the way they do is based on trying to bring out the beauty of women..

The gameplay in Dead or Alive: Paradise is similar to 2006's Dead or Alive: Xtreme 2. You choose a Dead or Alive female character to play as, and do various activities and making friends with the other girls for more Zack Dollars. With your Zack Dollars, you can buy new swimsuits and other unlockables.

Paradise also features a photo album. The game encourages you to go around and take pictures of the other girls. These photos are assembled into an album, where you can view them and create your own album. DOA Paradise seems to be a little more focused on this feature than the gambling or minigames.

There are two limited editions of Dead or Alive: Paradise.

All contents are in a special Kasumi box, and the whole bundle retails for 7,329 Yen (roughly 81 US dollars).

The Kasumi Figure edition of the Secret Box contains a Kasumi figure. This bundle retails for 15,729 Yen (175 dollars). The figure also includes a changeable bikini.