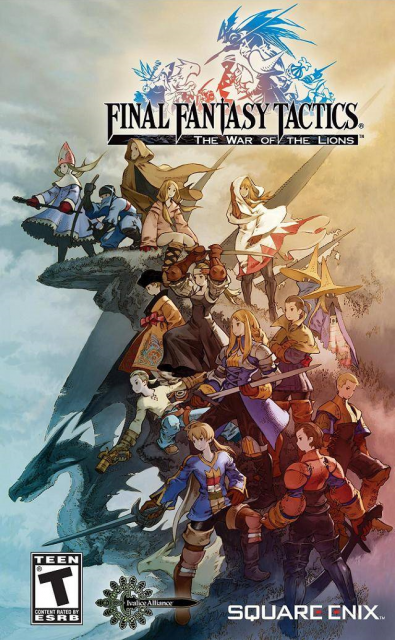 Final Fantasy Tactics: The War of the Lions

The game tells the story of a young hero, Ramza Beoulve, and his struggle to protect his beloved ones from the evil Lucavi. The story takes place around the War of the Lions, a conflict occurring due to the death of the King Ondorria, Lord of Ivalice.
PlayStation Portable

Highlights of the New Additions

The remake featured a 16:9 aspect ratio to match the PSP's screen, and the dialogue was completely rewritten in a faux medieval style.  Players generally agree that the quality of the translation is far superior, though not all players are fans the new style of writing.