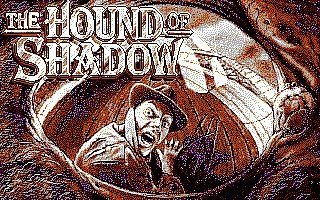 The Hound of Shadow

The Hound of Shadow is set in England in the 1920's, a country recovering from the ravages of the Great War, when extremes of wealth and poverty rubbed shoulders, when it was fashionable to cultivate an interest in spiritualism and magic. In the course of the game you become involved with murder, revenge, the occult, daemonic possession and other horrors that should have died a long time ago. You will discover many of the awful things that lurk behind a seemingly humdrum existence, and learn through bitter experience that ignorance really can be bliss.

The Hound of Shadow uses the Timeline role-playing system to create a Cthulhu Mythos story, inspired by the works of H. P. Lovecraft and set in the 1920s.

Dark Seed Uninvited Daughter of Serpents Waxworks Call of Cthulhu: Shadow of the Comet Prisoner of Ice Alone in the Dark