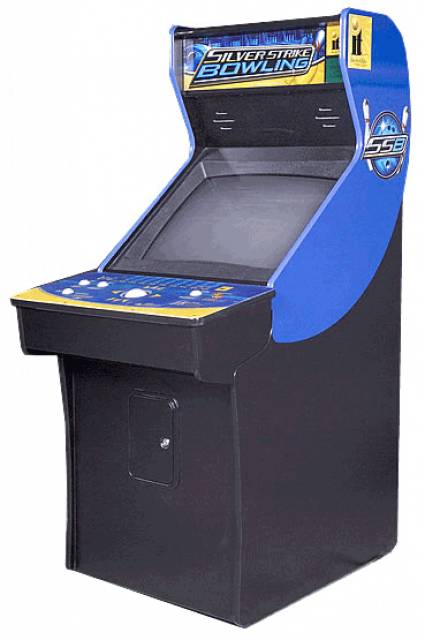 It's Golden Tee, but with bowling!

Silver Strike Bowling is a bowling game developed and released by Incredible Technologies for arcades (using PC-based hardware) in 2004.