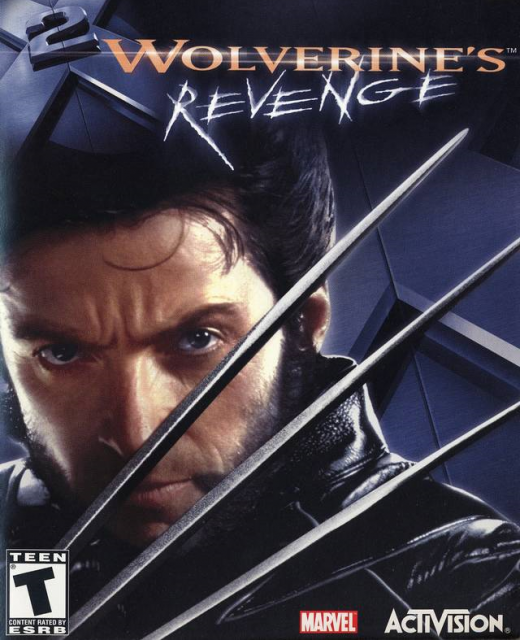 Take control of Wolverine as he uncovers his own dark past and tries to find the cure to the deadly Shiva virus.
Game Boy Advance PlayStation 2

Written by famed comic book writer Larry Hama, Wolverine's Revenge follows Wolverine on his quest to find the cure for the Shiva Virus. He has been infected with it and the player learns more about his past. Wolverine's Revenge is the first game to have Wolverine as the single playable character since 1994's Wolverine: Adamantium Rage.

The game is played from a third person perspective. Wolverine can go into a stealth mode that makes him silent to the enemies and with the help of his enhanced senses he can sneak up on enemies and kill them with Stealth Strikes. Wolverine can also retract his claws at will allowing him to do different sets of moves and allowing him to perform special Combat Strike Moves which trigger a short cut-scene showing him dispatch his enemies. Depending on how many enemies are surrounding him, Wolverine will do different Strike Moves. Wolverine also has regenerating health and if he sustains enough damage he'll go into Feral Rage Mode making him deadlier and faster. Mark Hamill provides the voice for Wolverine and Patrick Stewart reprises his role as Professor Charles Xavier.