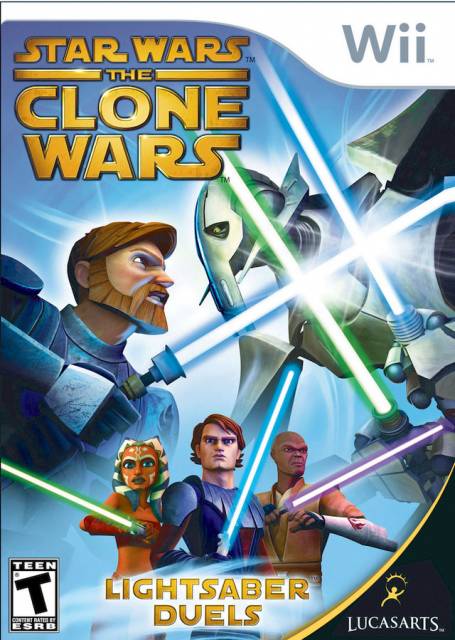 Based on the Star Wars: The Clone Wars film, players can take control of their favorite Jedi and battle it out on the Wii.

In this action and fighting game, based on the Star Wars: The Clone Wars movie and TV series, you will get to use the Wii Remote as a lightsaber! (Oh shit son, Like you always wanted to!)

The game looks like the film of the same name (which is leading in to a Fall 2008 television series) with similarly fluid animation.

You will fight with Anakin Skywalker, Obi-Wan Kenobi, General Grievous and many more. The are also new characters like Ahsoka Tano, a Twil'lek Padawan from the Togrutan race (the Togruta has 3 head tails and the Twi'lek 2).

The fighting mechanics are very simple, you have to make controlled flicks with your wrist. It depends on what movement you make, what kind of attack you do.

During load screens you can see commands for each characters super moves. These are movements with the controls similar to combos in other fighting games.