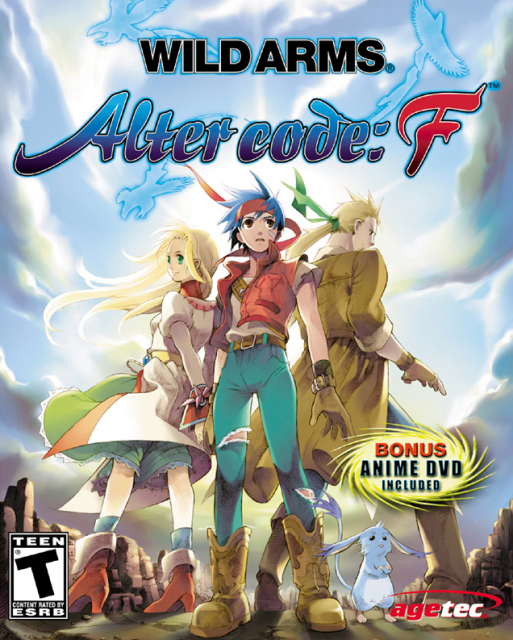 A remake of the classic Playstation title. Return to the legendary realm of Filgaia where an evil force from ancient prophecies threatens to destroy all life on the planet.
PlayStation 2

Alter Code: F follows the same story as the original Wild Arms, but features various additions that make it distinct and an original experience. The entire game runs on a 3D engine, and a system from Wild Arms 2 and 3 that allows you to skip a random encounter is present. In addition to the original playable cast - Rudy Roughnight, Cecilia Adlehyde, and Jack Van Burace - three additional characters can be recruited. Two of these made fleeting appearances in the original game, the Professor Emma Hetfield and Jane Maxwell, and the third is a secret character that can be recruited at the end of the game.

The Japanese version of the game was released in 2003, with a much-delayed North America version arriving in 2005. It was not released in PAL territories.