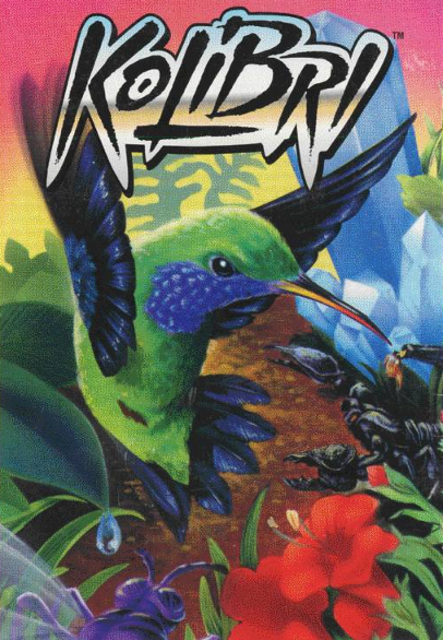 Save the world from destruction as the most unlikely hero, a hummingbird, in this side-scrolling shoot-'em-up for Sega's 32X add-on.

Kolibri is a 2D side-scrolling shoot-'em-up developed by Novotrade and published by Sega for the Sega 32X in November 1995.

A spiritual successor to the early Ecco the Dolphin games, players navigate the natural world as a lone hummingbird, who is given special powers by a mysterious crystal and must purify the world by destroying infected bugs and other creatures with blasts of energy .

While most of the game is played with free movement (similar to Ecco the Dolphin), the game contains numerous auto-scrolling sequences similar to other side-scrolling shoot-'em-ups. Players can collect power-ups to change the firing pattern of the hummingbird's energy blasts.