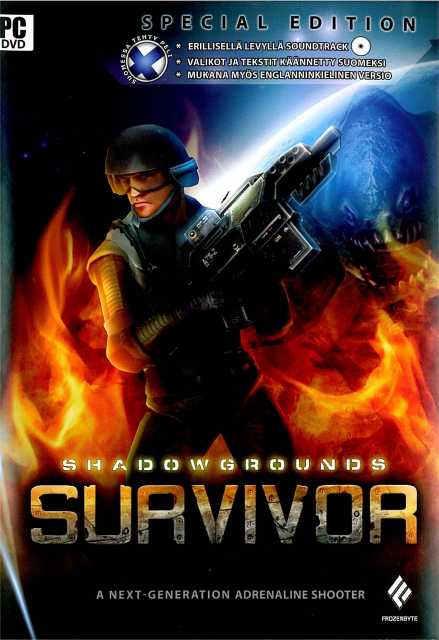 Shadowgrounds Survivor is a top-down 3D shooter that features the ability to play as three different characters throughout the campaign, using different weapons such as a flame thrower, pulse rifle, sniper rifle, pistol and grenades. Thanks to the game's RPG elements, each character has his own special abilities, weapons of choice and skill tree which you can upgrade and customise when levelling up. Players can also take control of a Mech and Sentry turrets during the game to use them to their advantage against the hordes of aliens.

The campaign consists in 23 mission (featuring one boss) where you play as three different characters - Isabela (the sniper), Luke (the marine) and Bruno (the flamethrower). The story is similar to the first game's. Ganymede is attacked by aliens and you have to escape to a different planet, saving as many survivors as possible on the way. There is a multiplayer mode as well as a co-op, that supports up to 4 players.

The soundtrack is composed by Ari Pulkkinen.

A Linux port of Shadowgrounds Survivor was released on September 18, 2009.