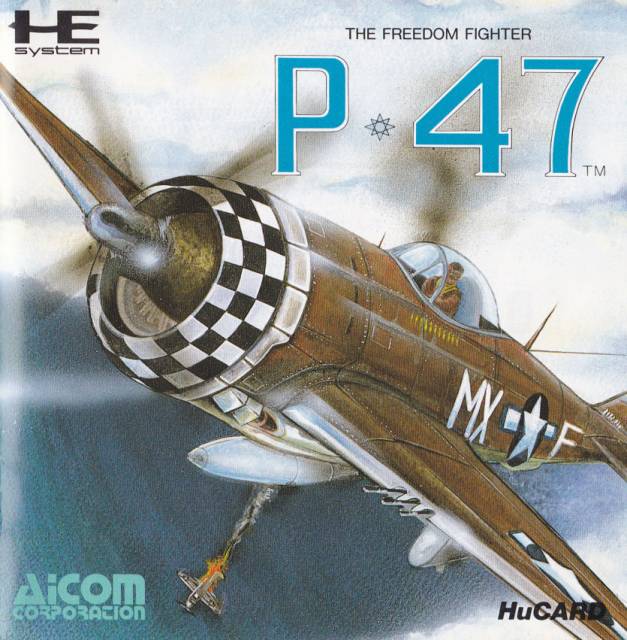 P-47: The Freedom Fighter, usually simply P-47, is a horizontal shoot 'em up from NMK and Aicom. NMK would develop the original 1988 Arcade version of the game, which was published by Jaleco, while Aicom developed and published the subsequent 1989 PC Engine port. The PCE port pared down a lot the game's bosses and cutscenes to fit the game onto a 2MB HuCard. It was also ported to numerous home computers by Firebird.

Taking place in the European theater during WWII the game pits the player - in the form of the titular P-47 Thunderbolt USAAF fighter-bomber plane - against the diabolical forces of the Third Reich. The game features power-ups that changed the plane's alternate fire button, leaving the default cannon as the permanent standard fire button.